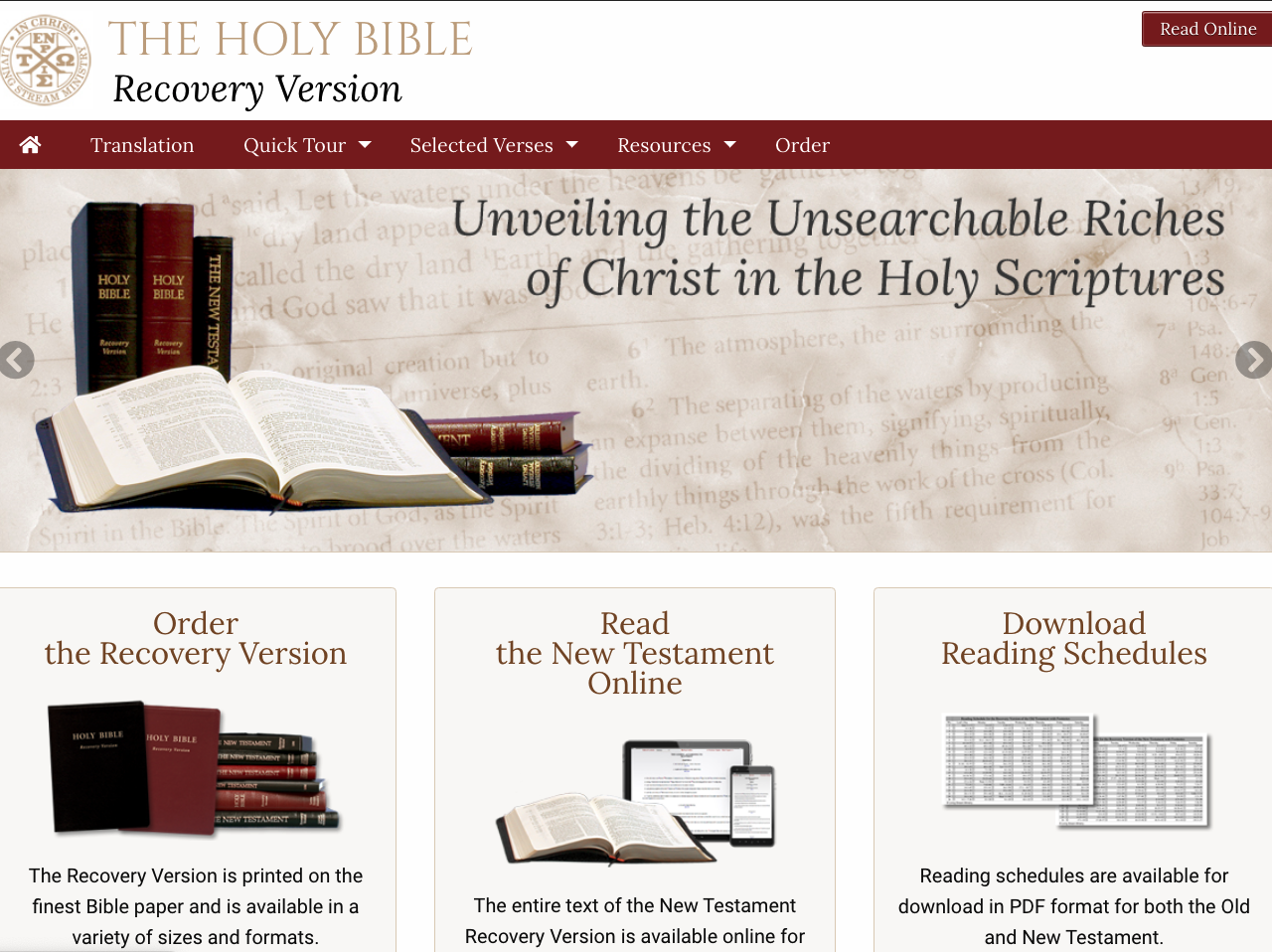 “The Recovery Version of the Bible was translated and revised by the Editorial Section of Living Stream Ministry from 1974 to 2003. The Recovery Version of the Bible contains numerous study aids, including, the subject and background of each book; detailed, interpretive outlines; enlightening footnotes, valuable cross-references, and a variety of useful charts and maps. All of these study aids were written by Witness Lee, who received much help from the writings of noted Bible expositors throughout church history, including his co-worker, Watchman Nee. The New Testament Recovery Version in its current format in English was published in 1991, and it is also available in Chinese, Spanish, Russian, Japanese, and several other languages.” 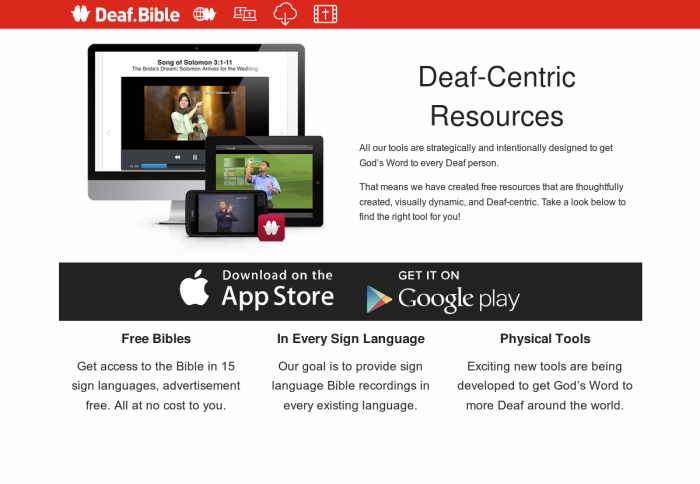 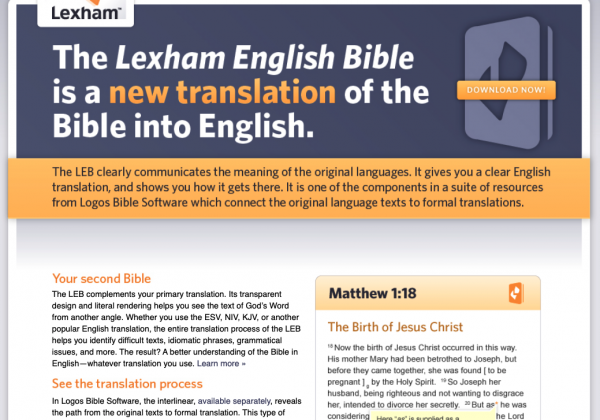 “The Lexham English Bible (LEB) is a new translation… 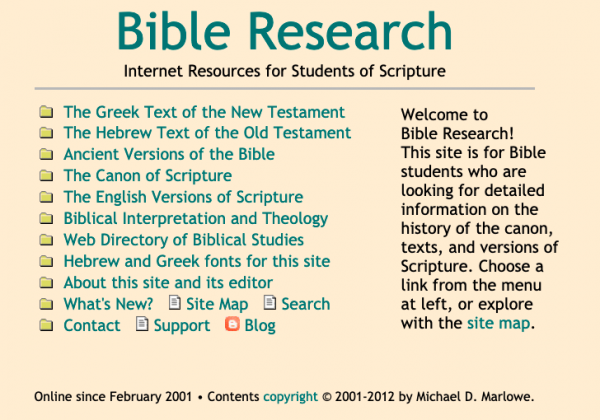 The English Versions of Scripture

“This site is edited by Michael Marlowe for Bible…